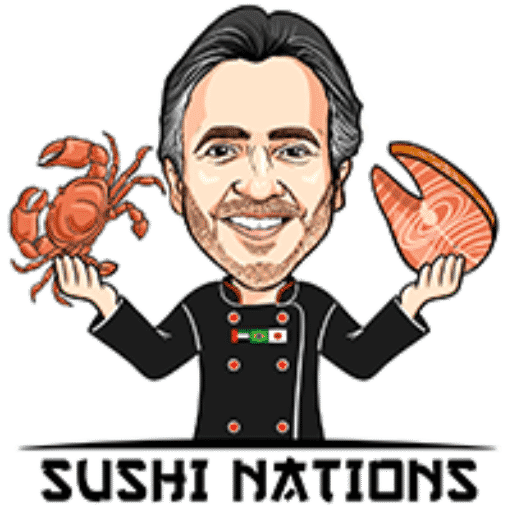 Sushi is one of the most popular dishes in Japanese cuisine, characterized by being made of seasoned rice, wrapped in seaweed, wrapped with raw fish, fresh seafood, vegetables, fruits and etc. The original sushi recipe is made with vinegar, sugar and salt, accompanying varied fish, usually served with wasabi (a paste made from a root that has a green color and a strong flavor).

What a lot of people don’t know is that there is a very wide variety of sushi. The variety is found in the filling, the cover, and the way in which they are assembled. The only essential ingredient, which will always be present, is rice, but the same ingredients can be assembled in entirely different ways to obtain totally different effects.

This sushi is made in a cylindrical piece, formed with the help of a roll-up bamboo mat, called makisu or sudare. This type of sushi is usually wrapped in nori, a sheet of dried seaweed that houses the rice and stuffing.

Sushi made in a cylindrical but thinner piece, with nori on the outside. Typical hossomaki is usually made with just one filling, simply because they are only two centimeters thick and wide, and there is not enough space for more than one.

The kappamaki is practically a Hosomaki, but stuffed only with cucumber in strips, it is one of the most traditional. That name is a form in honor of Kappa, a Japanese folk figure, who had cucumber as his favorite food.

Also well known, Nigrizushi is a hand-molded sushi, shaped like a dumpling with a topping of fish, vegetables, seafood or eggs.

There is also the famous temaki, a darling of Brazilians. Sushi rolled by hand, in a cone shape, with nori on the outside and the ingredients up to the mouth of the wide end. (There is also a very wide variety of ingredients that go in temaki).

Medium cylindrical piece, with two or more fillings. The differential of this sushi is that
the rice is on the outside, and the nori on the inside, with fish eggs or roasted sesame seeds attached to the rice, so it is called an “inverted roll” that would actually be gyakumaki in Japanese.
Oshizushi

This is shaped like a block, made with a wooden mold, called oshibako. Align the bottom of the oshibako with the cover, cover it with sushi rice and press down on the mold lid to create a compact, straight block. The block is removed from the mold and cut into pieces that fit in the mouth.

This sushi is very similar to the hosomaki. Also known as gunkanmaki, it is a small, oval sushi. The differential of this sushi is that instead of the filling being in the center, it has some ingredients, like fish eggs piled on top.
Chirashizushi

Also known as barazushi. This sushi comes in a bowl, filled with sushi rice with other ingredients mixed together.
Tekkamaki

We can say that this sushi is a variant of the hosomaki. It has the tuna filling and is one of the most traditional sushi.

This sushi is rolled like the Hosomaki but has a much larger size. It can have several fillings, such as a combination of fish, eggs, ginger vegetables and roots.